Autism advocate DeGroat invited by lawmaker to State of the State 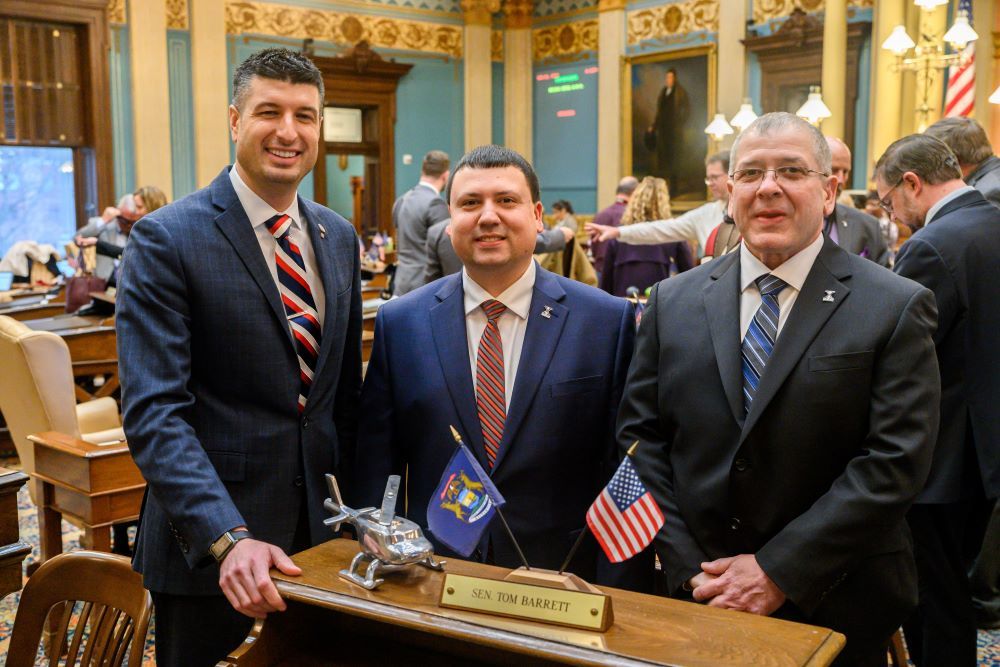 Sen. Tom Barrett, R-Charlotte, welcomed Xavier DeGroat and his father Freddie DeGroat to the Michigan Capitol as his guests for Gov. Gretchen Whitmer’s 2020 State of the State address | https://www.misenategop.com

During the Jan. 29 State of the State address by Gov. Gretchen Whitmer, Sen. Tom Barrett (R-Charlotte) welcomed Xavier DeGroat of Delta Township and his father, Freddie DeGroat, as his guests.

DeGroat, who was diagnosed with autism at age 4, is the founder of the Xavier DeGroat Autism Foundation. He worked with Barrett on passing Senate Bill 278, which seeks to improve communications between police officers and drivers with autism.

“It has been wonderful to work with my constituent, Xavier DeGroat, and other autism advocates on this initiative to help improve law enforcement’s approach when dealing with people on the autism spectrum,” Barrett said in a statement after the Senate unanimously passed the bill.

“This bipartisan package could provide officers with invaluable information about a possible communication hurdle during a traffic stop to help them have a positive interaction with a driver with autism or other communication impediment,” he said.

The measure, which also has House approval, would take effect July 1, 2021.

Want to get notified whenever we write about Michigan Senator Tom Barrett ?

Sign-up Next time we write about Michigan Senator Tom Barrett, we'll email you a link to the story. You may edit your settings or unsubscribe at any time.